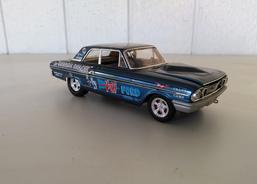 This was the truck that I used as a prototype for my first model fire truck model. I was the all-purpose utility truck used by the Roselle Fire Department in Roselle, New Jersey. 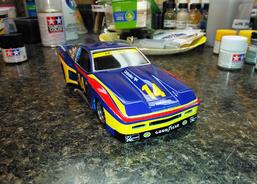 Newest projects are listed at the bottom of this page. Please scroll down the page.... 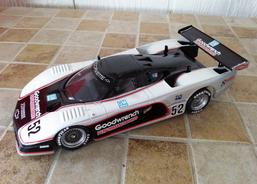 Built on a dare from Pat Covert of SAE's Hot Rod and Custom Column. 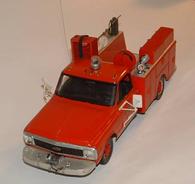 This beautiful Ford Thunderbolt was the subject of one of my building projects and has a colorful background and history. Seen here in 1995 after it was rebuilt and running on the nostalgia circuit. 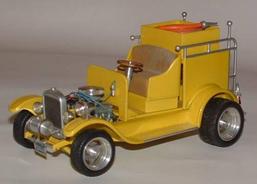 A beautiful car and great kit from M&S Hobbies, the Corvette GTP was a great racecar in and of itself, but it played a much bigger role in the success of Rick Hendrick's NASCAR operation. People though Rick was crazy to get involved in IMSA, but he proved to be as crazy as a fox!

From M&S Hobbies, this outstanding resin  model builds up beautifully to represent one of Al Holbert's (of Lowenbrau Porsche fame) early rides.

From M&S Hobbies, this outstanding resin  model builds up beautifully to represent one of Al Holbert's (of Lowenbrau Porsche fame) early rides.