Funny things happen sometimes when you think you are on your way to one thing and then something else come bounding across the radar or some stunning discover is made purely by accident. In a way, that is sort of what happened here in the building of this rather run-of-the-mill military spec pumper. I photographed it as an aside when doing a full set of detail photos of a P-15 at McGuire Air Force Base in New Jersey, never really thinking I would build it.

​          As I dove into building a monsterous P-15, the P-12 photos sat. The P-15 became a real challenge! It challenged everything I thought I knew about scratchbuilding. I built the giant Oshkosh three times each time getting to about the 75% mark when I would wear out from the effort. The real problem was that it was one of those projects that stretches your skillset so much that you literally grow as you go, and you get to a point where what you are doing this week is so far ahead of what you did three weeks ago that you can't stand the earlier stuff you built. It was enough to send me storming from my shop in search of my sanity.

At this point, the P-12 rescued me and it was a delight to build. And all these years later it is still one of my favorite models (and the one my wife likes the most too). There are a few things I would add and still might, but I love it all the same. And that P-15? I'm still going finish that shelf queen someday... (lol)​ 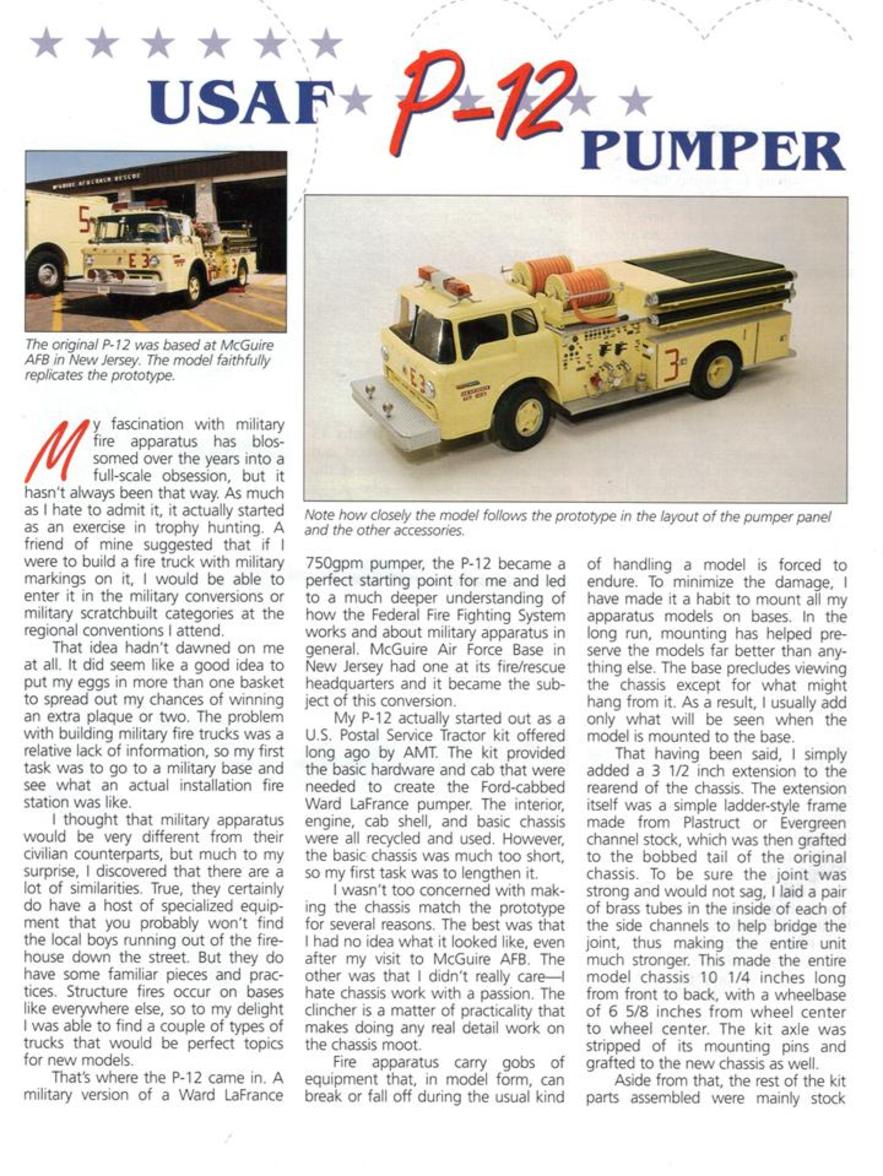 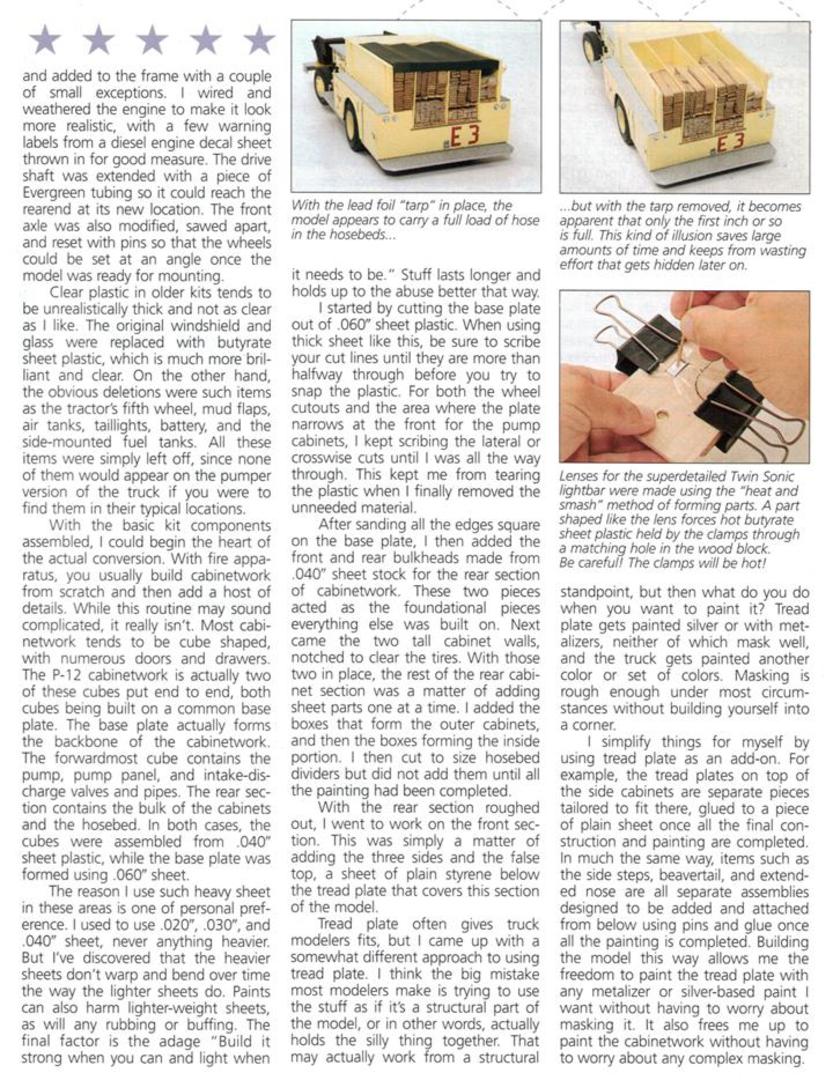 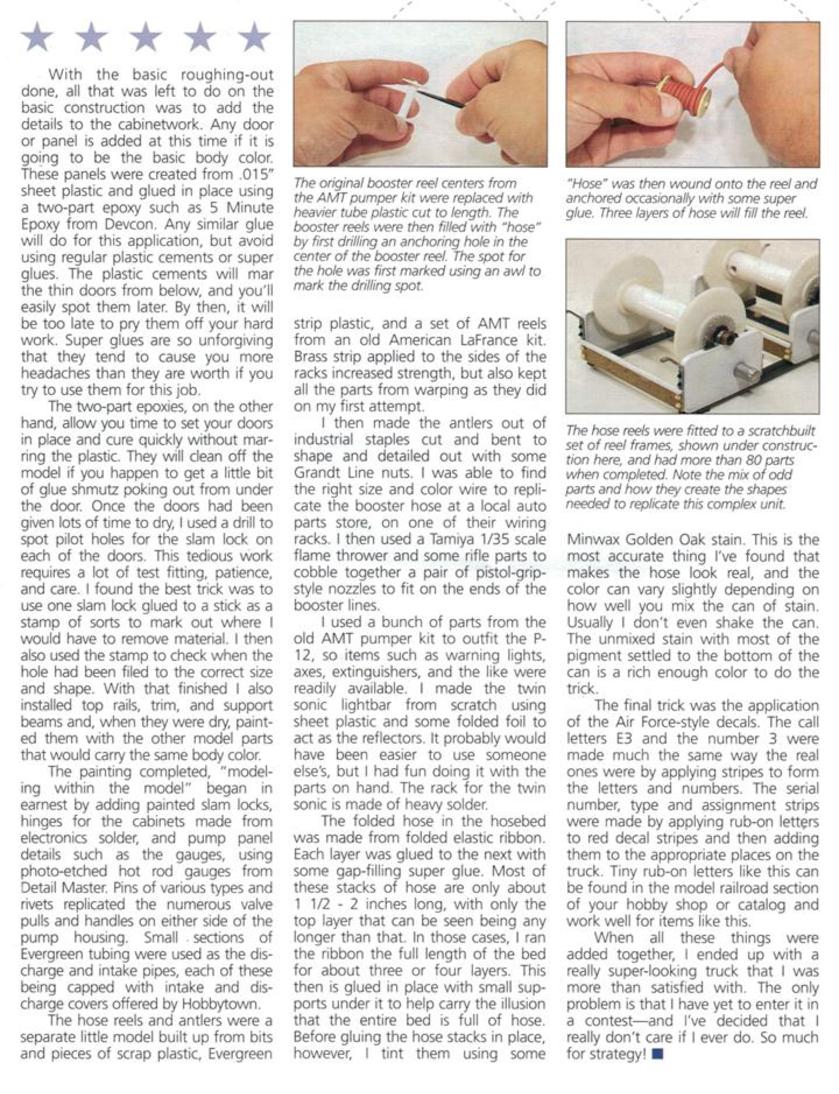